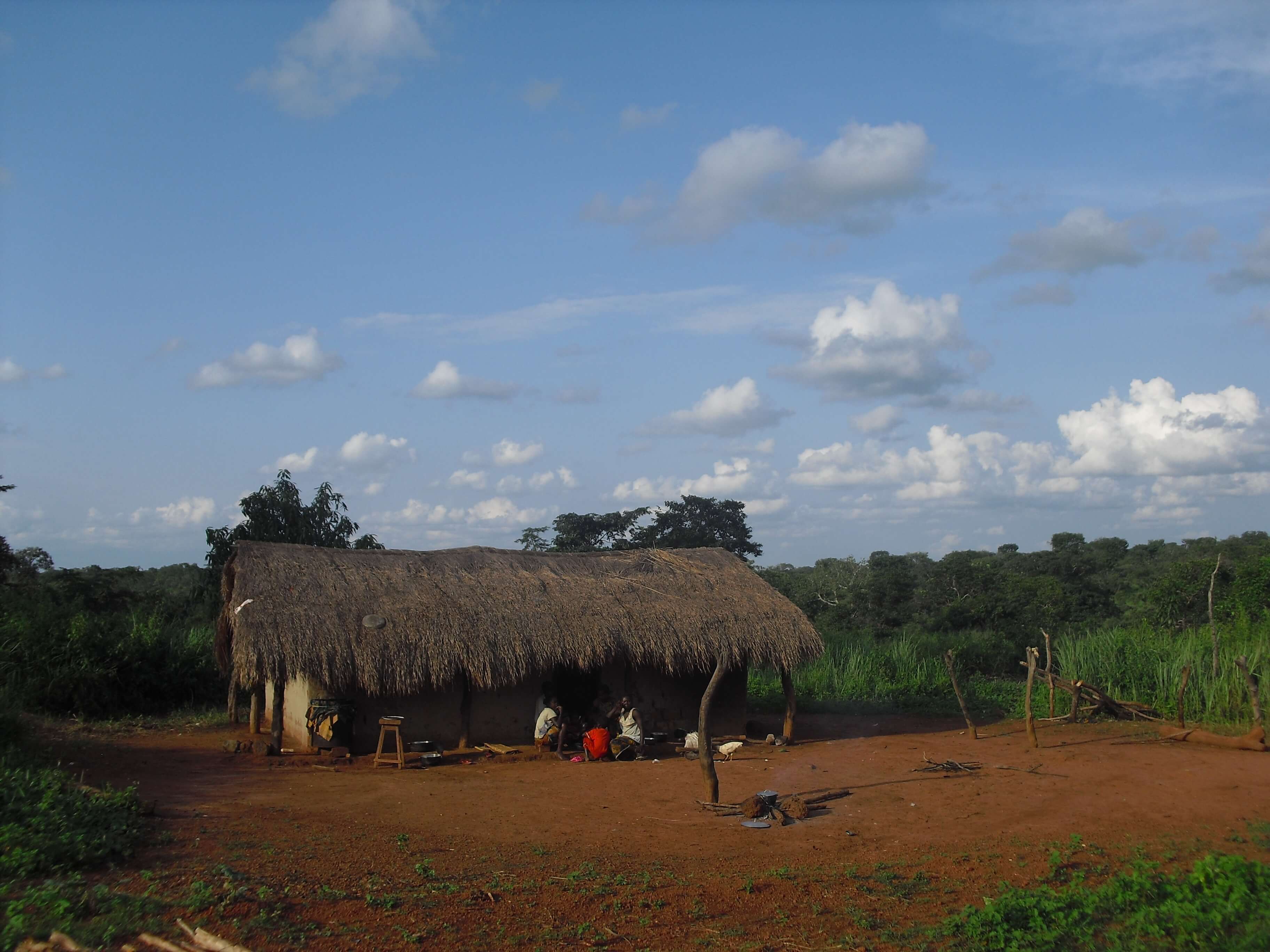 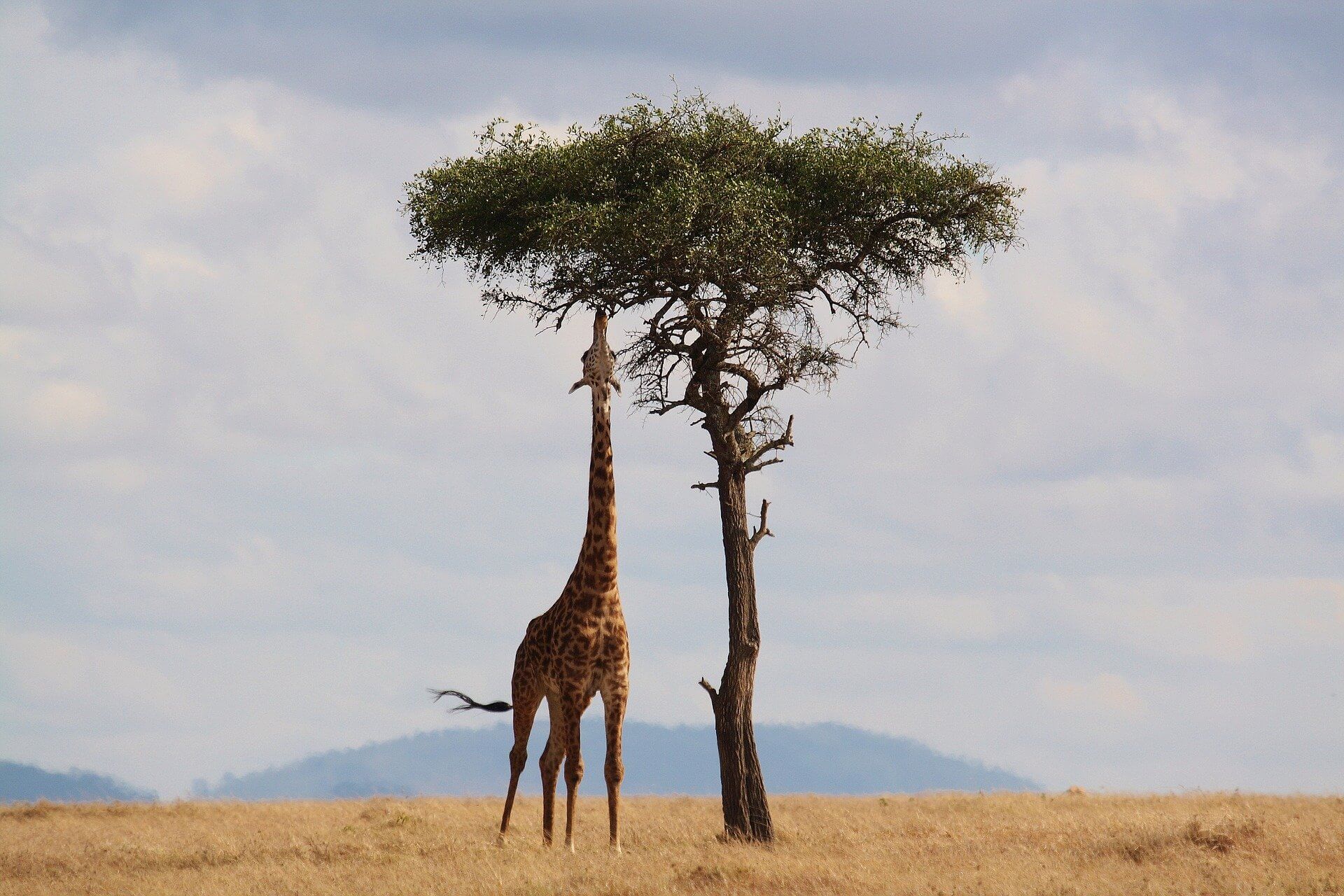 Kapushinski, reporter who told a lot about Africa; Ngozi Adichie, writer who made Biafra’s drama vivid; Camus and his “Stranger”. Recommended reading – Africa

In 2011 – a long time ago now! – I attended the Université libre de Bruxelles and I decided to take the issue of funding mechanisms in the health sector as a thesis topic. Passionate about International Cooperation, I chose the Central African Republic as a case study.

Why Central Africa? In my hometown near Rome, Monte Porzio Catone, there is a family home run by the Betharramite congregation that deals with terminally ill AIDS patients. In this family home, my parents volunteered and so I got in touch – practically since we moved there when I was 4 – with the terminally ill, this “taboo” disease, health issues and volunteering.

The Betharramite Fathers have a mission in Bouar, in the Central African Republic, and when I spoke to Father Mario, the community manager, about my thesis work idea, he told me that perhaps I could try to contact a doctor, Doctor Ione Bertocchi, who had been practically the first doctor in that country and had all the right contacts.

CAR is one of the last African territories to have been colonized by the French in the 1930s. It is located north of Congo and south of Chad, bordered by Cameroon to the west and Sudan and South Sudan to the east. In short, it is an enclave without access to the sea, and was kept by the French as an “escort” in case the resources of the neighboring countries under their control were to be scarce.

It is a very poor country and the Atlante Guerre website says:

“A quarter of Central Africans are refugees, partly displaced (about 700 thousand) within national borders, partly refugees abroad (another 550 thousand). And almost two and a half million people – just under half of the entire population – need international humanitarian aid for survival.

An alarming picture, which becomes dramatic if we consider that 14 provinces out of 16 (that is about 80% of the territory) are under the control of armed groups.”

This last civil war broke out in 2012, a little less than a year after my stay in Central Africa, but the scents were already felt because Central Africa was never really “at peace”. Why? Because like many African countries it is rich in resources: the wood of its forests, but also diamonds, gold, oil, uranium.

In 2011, when I was traveling around the country aboard the Ione Toyota van, I saw roads under construction by Chinese or Japanese companies. I could not understand why they were building roads with such poor-quality materials that after a few months became laterite and holes again. The companies probably made pacts with the government: some public utility work in exchange for resources.

Of course, mineral resources are always tempting. France, China, but also Iran (interested in uranium) and Russia seek the support of the local government, even today, in a civil war that has lasted for 8 years.

Who is Doctor Ione 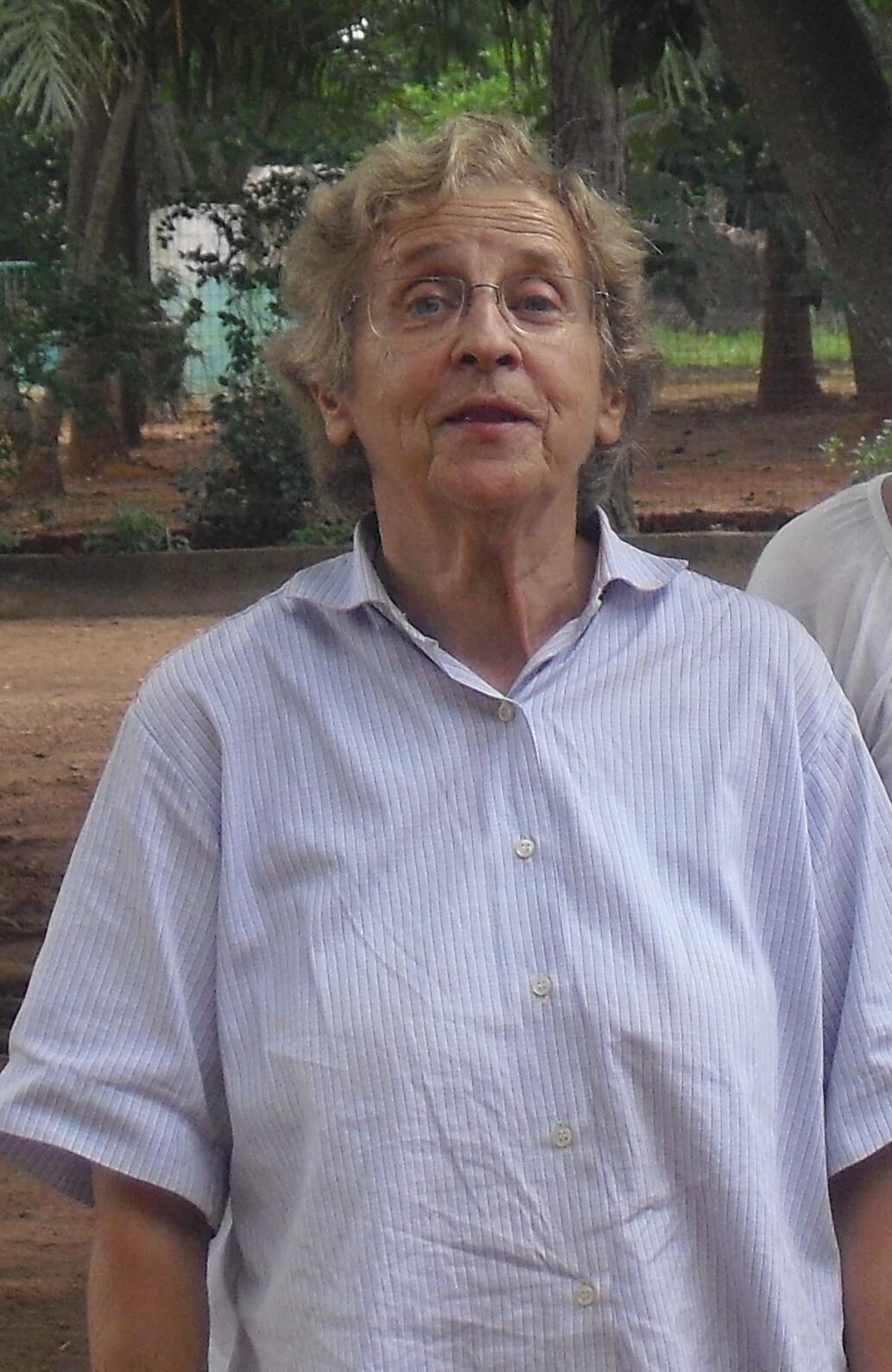 “Doctor Ione”, as everyone knows her in Central Africa, is a petite woman, quick in her movements and with a sharp tongue. In 2011 she was proud of her being 72. At 35, after becoming a doctor in Genoa, she decided to participate in the mission of a doctor she knew in the CAR. There were no African doctors in the 1970s and the country had recently achieved independence from France.

After the period in the Central African Republic, Ione returned to Italy, but she could not feel good in such an opulent state, she felt inadequate. Thus, she identified what would become the “mission” of her life and left again for the African country.

Ione is a resolute, practical woman who knows how to make herself heard. As soon as she arrived in CAR, she trained the country’s first 100 doctors, therefore her reputation precedes her everywhere. She is not religious but relies on the communities of missionaries and nuns scattered everywhere to sleep and rest. In difficult moments she takes refuge in the jungle, because only by hiding she is safe.

Ione speaks to everyone, regardless of their political belief, status or religion. She also speaks with western NGOs and humanitarian missions that each two years come and go from the country.

What I have learnt from her

I was with Ione, side by side, for almost two months in the summer of 2011. She asked me to drive her Toyota, we made long journeys, always accompanying someone. It is rare to have a vehicle available there, most people move on foot.

We passed endless checkpoints where soldiers (which faction? Who can say, there are many) blocked the road with rifles and machine guns. If I was driving, I slowly lowered the window, and Ione peeked out from the passenger side. Who on duty said “Ah, Dr Ione, passez passez!”, and so we could pass.

She made me talk to prefects, mayors, heads of health centers, nurses, doctors, heads of health policies. I have seen hospitals, rooms, thin people lying on camp beds, consumed by AIDS. I saw her strength, her courage, her dedication, her perseverance. I understood that to resist any condition, even the worst, there must be a light to illuminate the path and that light is found only within us.

After that trip to the Central African Republic my blood was boiling, the Thatcherist system of “performance-based management” clearly does not work but it is the way in which all Western donors distribute aid. I said to myself that if I wanted to do something for Africa or for the so-called “developing” countries, I would have had to stay there, be with the people, and that I could never have worked neither for the UN, nor for any other Humanitarian Organization or western NGO, which respond precisely to those logics which in my opinion are completely dysfunctional.

Looking at Ione, I realized that I am not so strong, that I am tied to Europe, to my family, that I did not have a “missionary” vocation and so it was worth much to change the field of action. It was there, at the end of the University, after a thesis defense in which it was clear that political theory was more important than the facts that I had seen with my eyes and that I had reported in my work, that I decided that I would work in a different domain.

Dr Ione, the sweet Ione Bertocchi, is still in Central Africa and returns every two years or so in Italy for holidays. I remember her way of speaking in French, the freeze-dried milk mixed with coffee in the morning, when she was talking to people with her hands behind her back, her anarchic way of life, outside the box, worthy of a real hero. 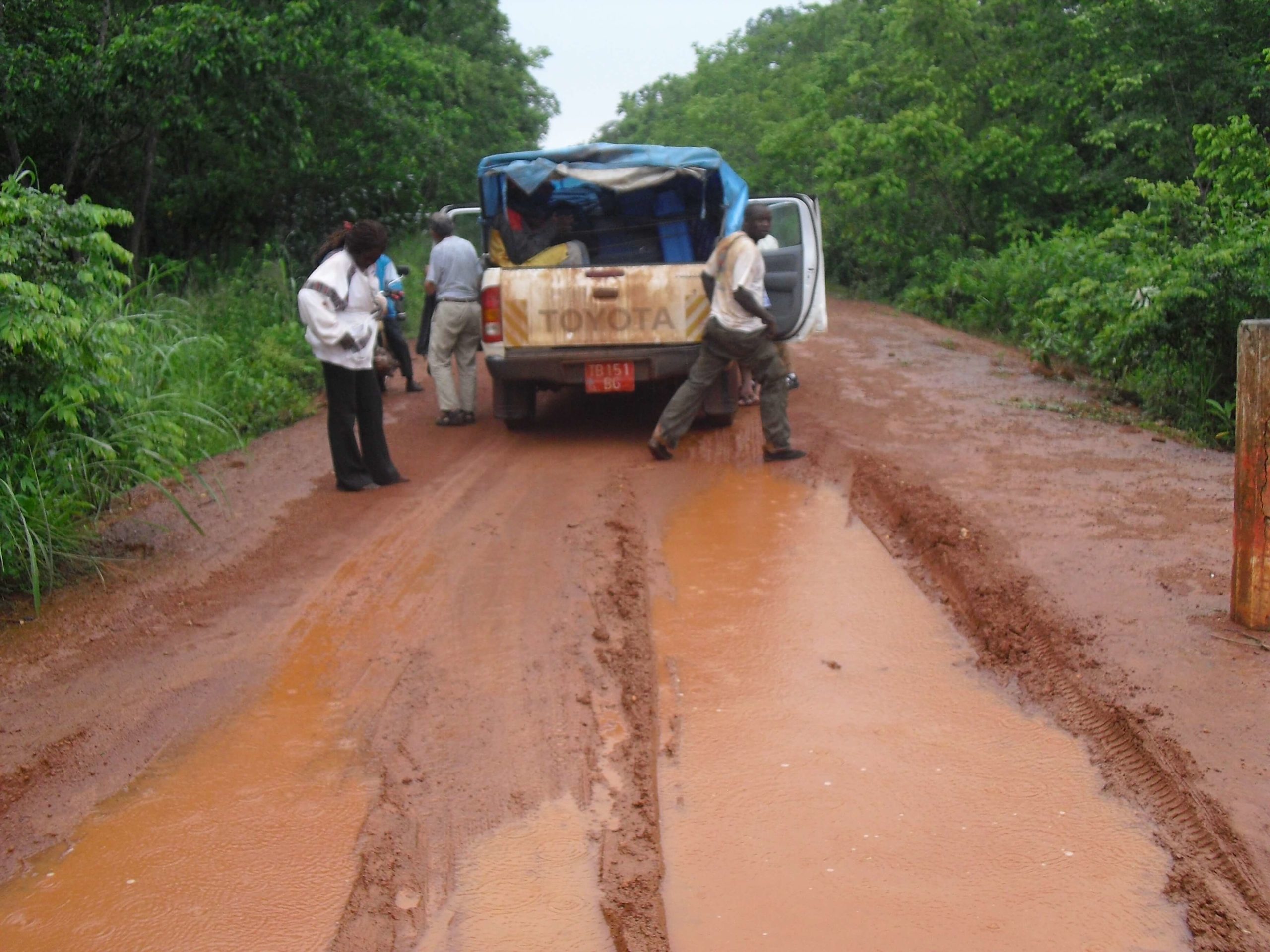