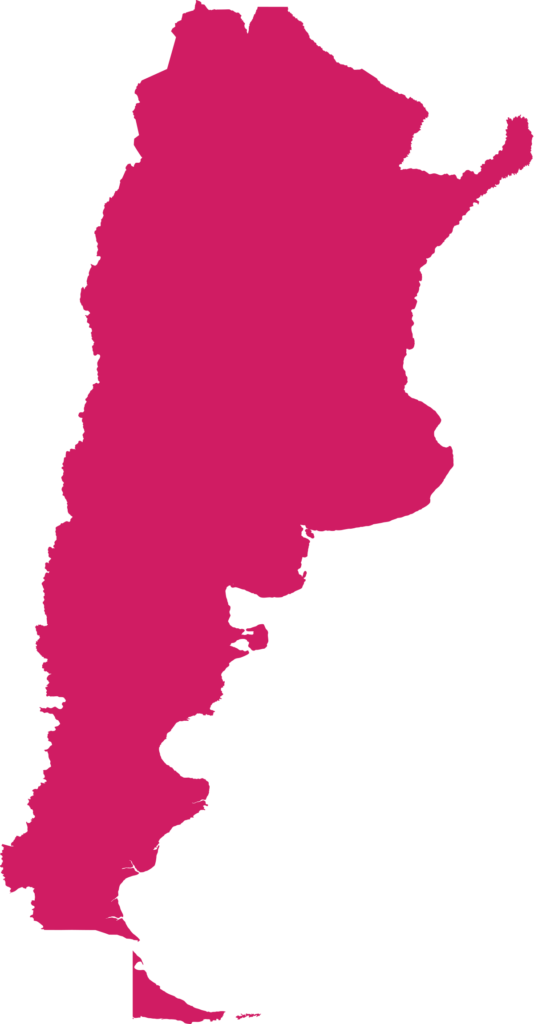 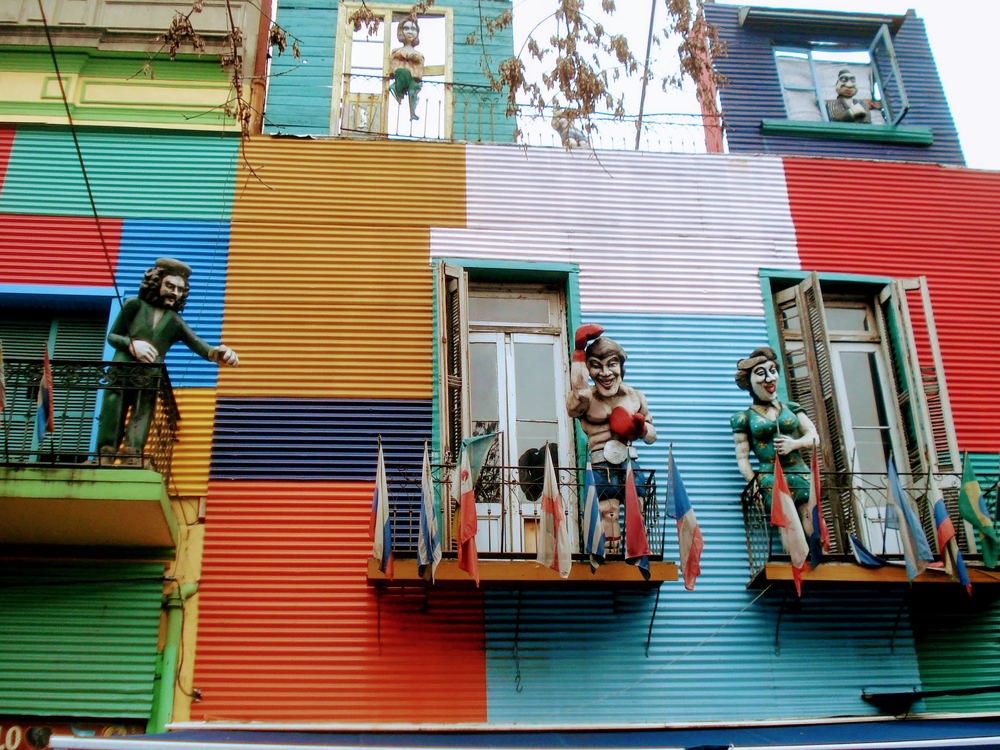 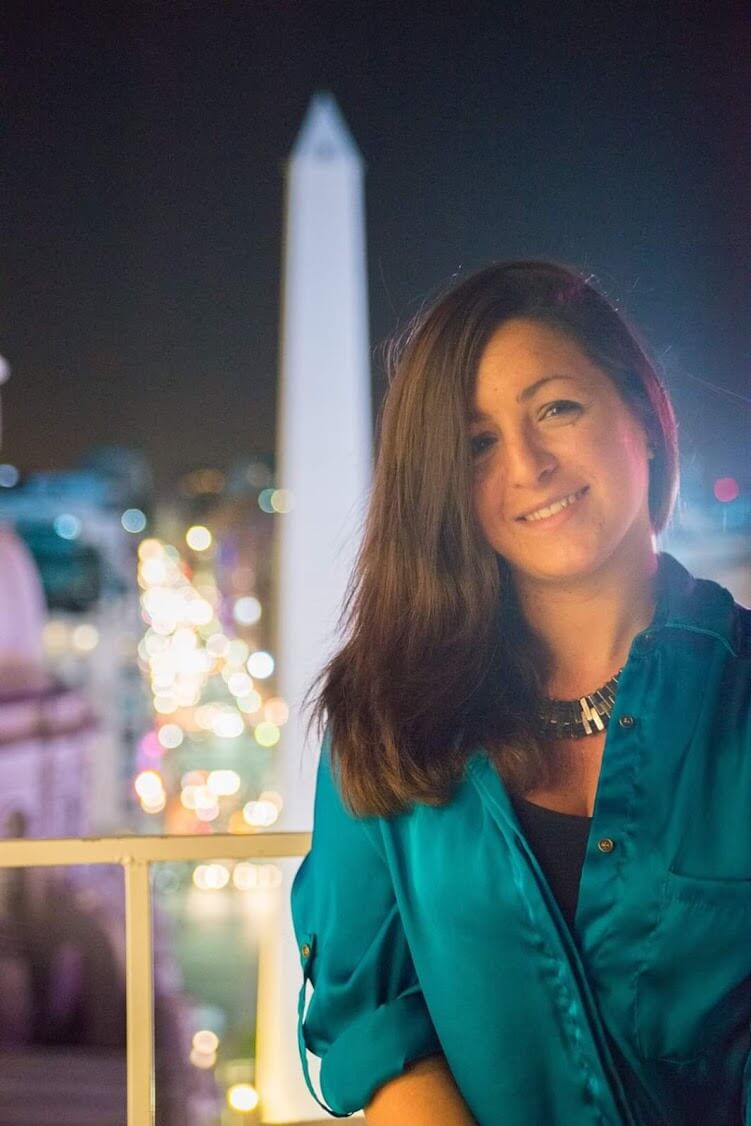 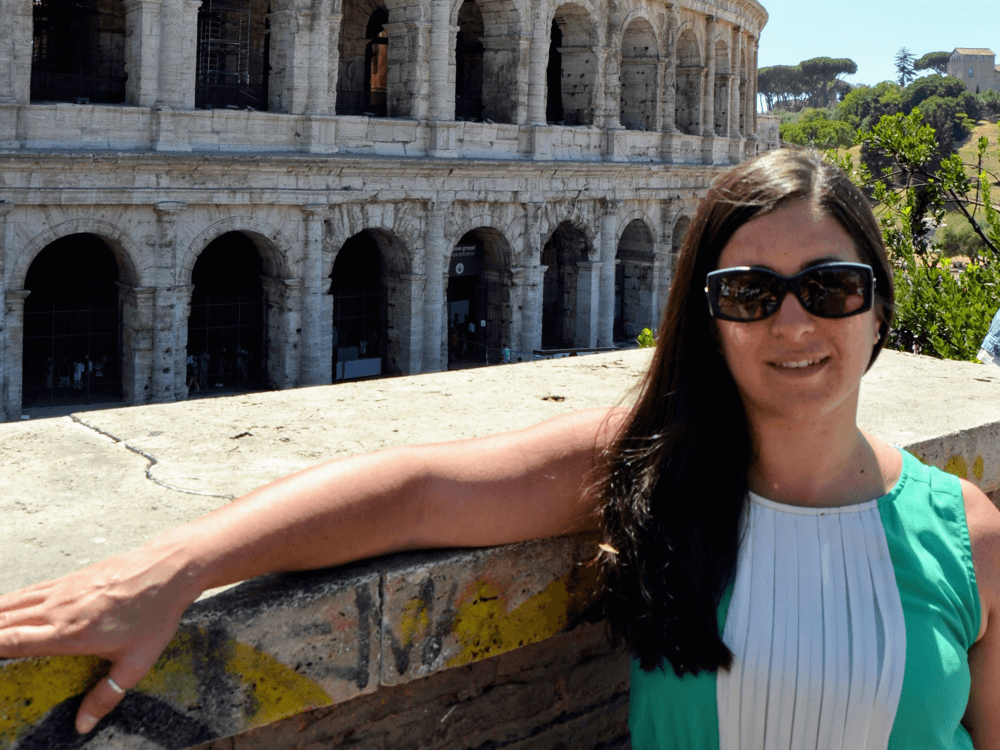 La porteña with an Italian heart – Giselle in Buenos Aires

I was born and live in Buenos Aires, although most of the time it seems that my life takes place in a small piece of Italy. Giselle, Buenos Aires

Thanks to my Mexican friends, I learned something that would change my life forever. When a Mexican tells you “mi casa es tu casa”, they really mean it.

My history with that country began for those coincidences (?) Of life, when in my work they merged my area with that of the Aztec country.

In 2006, several Mexicans came for a training and among them was Nayeli. We immediately liked each other and I enjoyed the time she had in Buenos Aires to show her my city. Then she came back for work again and we spent more time together. We went to Colonia, Uruguay, then to the theater, to shop and ate a super asado at home.

A year later, a colleague told me that there were two Mexicans who wanted to come to Buenos Aires and they wanted travel advice. Because I love my city and I love to introduce it to those who visit it, I have helped Israel and Victor from afar, and when they came we took the opportunity to meet, walk together and celebrate as only Mexicans can.

In the same year Nelly appeared. We met at work and for years we had just talked over the phone almost daily. Little by little we started talking beyond the manuals and procedures, and when we found out we were already friends, we hadn’t even met. She left the company and wrote to me in 2012 to tell me that she was getting married and that I had been invited. At first I hesitated, then I bought the ticket and went. And that adventure would have introduced me to a country that I would adopt as my own. 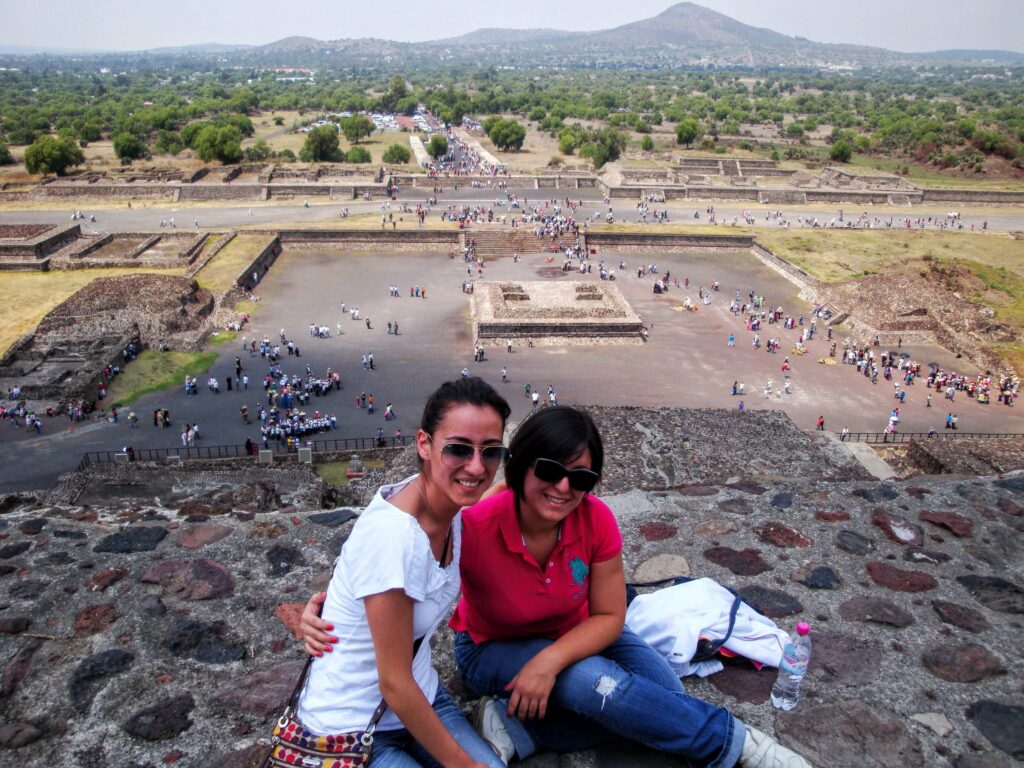 On March 10, 2012, I arrived in Mexico City at dawn and when I left the migration office there she was, with a welcome balloon and a mini-mariachi hat that I still have. We hugged and after a while it seemed like a simple reunion, but in reality it was the first time we saw each other in person.

Once again the Mexican coincidences worked and it turned out that Nelly would be getting married in Guadalajara, where Victor now lived, so I had someone to be with. He had recently moved, but he already had a group of friends who welcomed me as one of them and there I met Addy and Elias, who would also become my friends and future guests.

After the wedding, I went alone to the Riviera Maya, did Couchsurfing in Playa del Carmen, spent a few days in Isla Mujeres, visited heavenly beaches and centuries-old ruins.

Upon returning to Mexico City, I was also able to attend Nayeli’s wedding. My two best Aztecs friends got married in the same month and although one didn’t know about the other, it all seemed to make sense for my first experience in the country to be memorable.

I returned from my first trip to Mexico with a broken heart and a suitcase full of typical products. I had no idea that a place could enchant me that way. I felt the hospitality to the extreme, I fell in love with its colors, its culture and its flavors, and I knew that this would be only a first time, certainly not the last.

In 2015, with the excuse of Victor’s wedding, I returned. This time I stayed for 5 weeks and came back more Mexican than ever. I started the trip by visiting Addy in Puebla, from there we went to Guadalajara. We celebrated the wedding and a few days later I went with Elias to Puerto Vallarta. He introduced me to other friends who welcomed us into their home, we walked along beautiful beaches and strengthened our friendship which had begun having only seen us a couple of days 3 years before.

Then I went alone to Chiapas, stayed in San Cristóbal de las Casas and visited Palenque. I continued my journey to the home of a guy I met at Victor’s wedding who lived in San Miguel Allende, a city I had heard a lot about and which stole my heart forever. I made a short visit to Guanajuato just to leave me wanting to see more. I spent Easter with Addy in traditional Oaxaca and finally returned to the big city.

21 million inhabitants and the hellish traffic didn’t scare me, meeting Nayeli and Nelly again made me feel at home. I cried a lot on my return and I also seriously thought about moving to those distant lands that have nothing to do with my roots. Then I adapted again, fell in love with my country and stayed.

In 2019 I took a short trip together with my mother, whom I accompanied to keep a vow to Lupita, the Virgin of Guadalupe, patroness of Mexico. I managed to hug some friends, eat tacos al pastor, move around town like a local, and even buy my wedding dress (for the wedding the covid ruined).

Mexico has adopted me and I couldn’t be more grateful. Kilometers don’t matter, nor time. Mi casa tu casa, my friends. Forever. 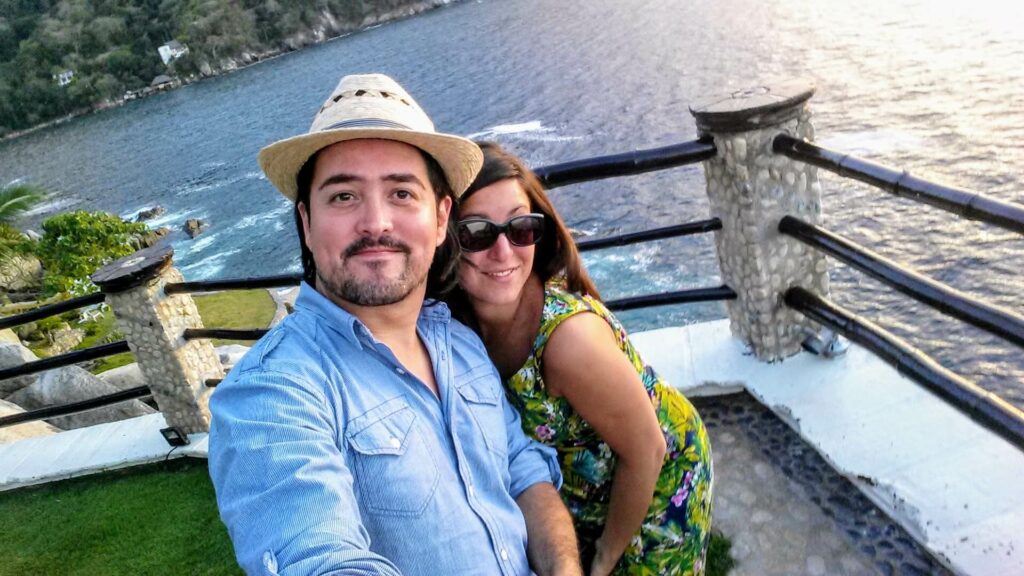 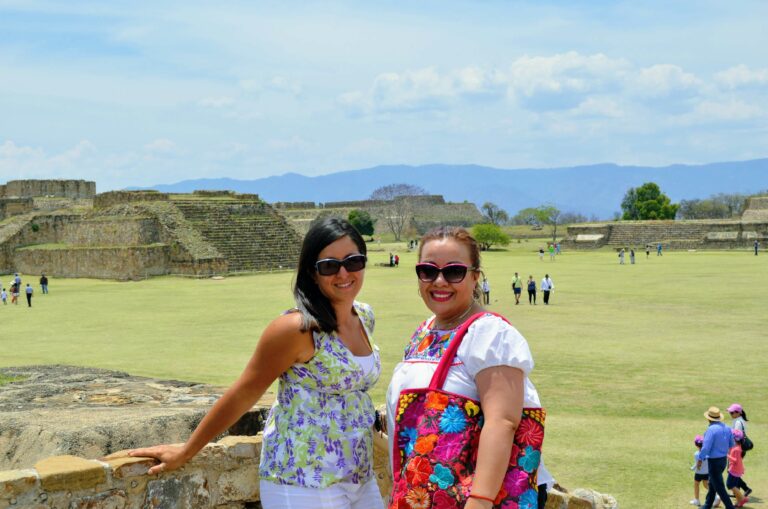 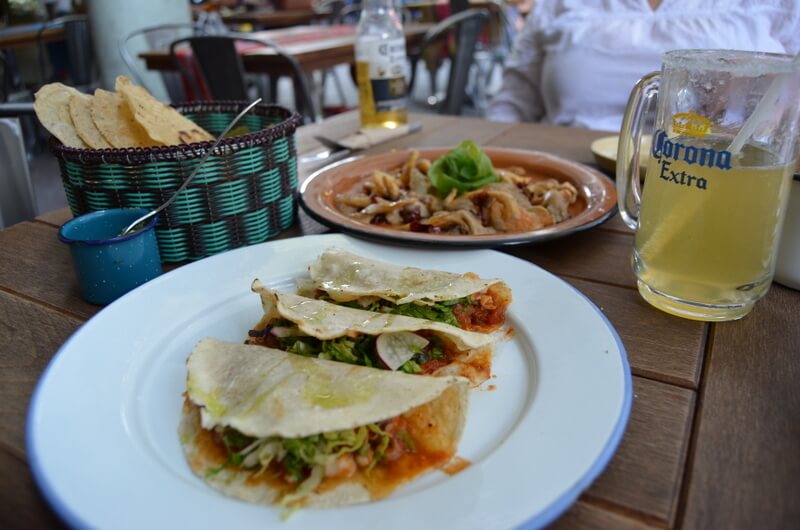