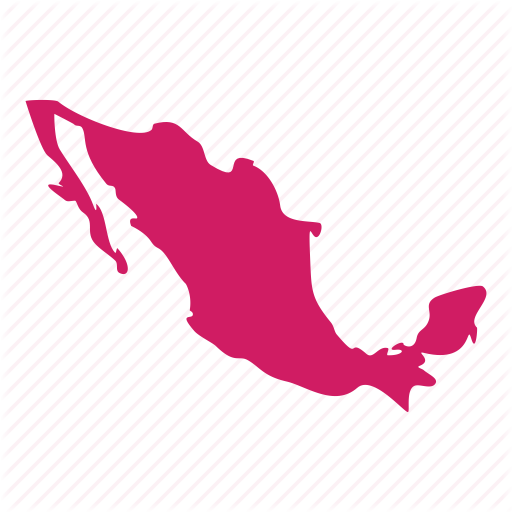 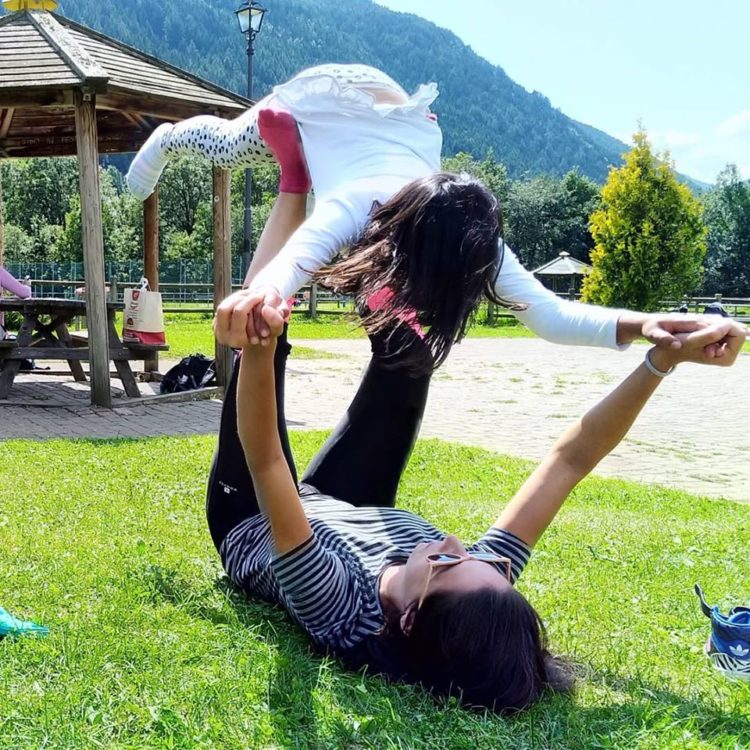 Melany’s story takes place in Milan in a community that welcomes mothers and children who find themselves in situations of social fragility. 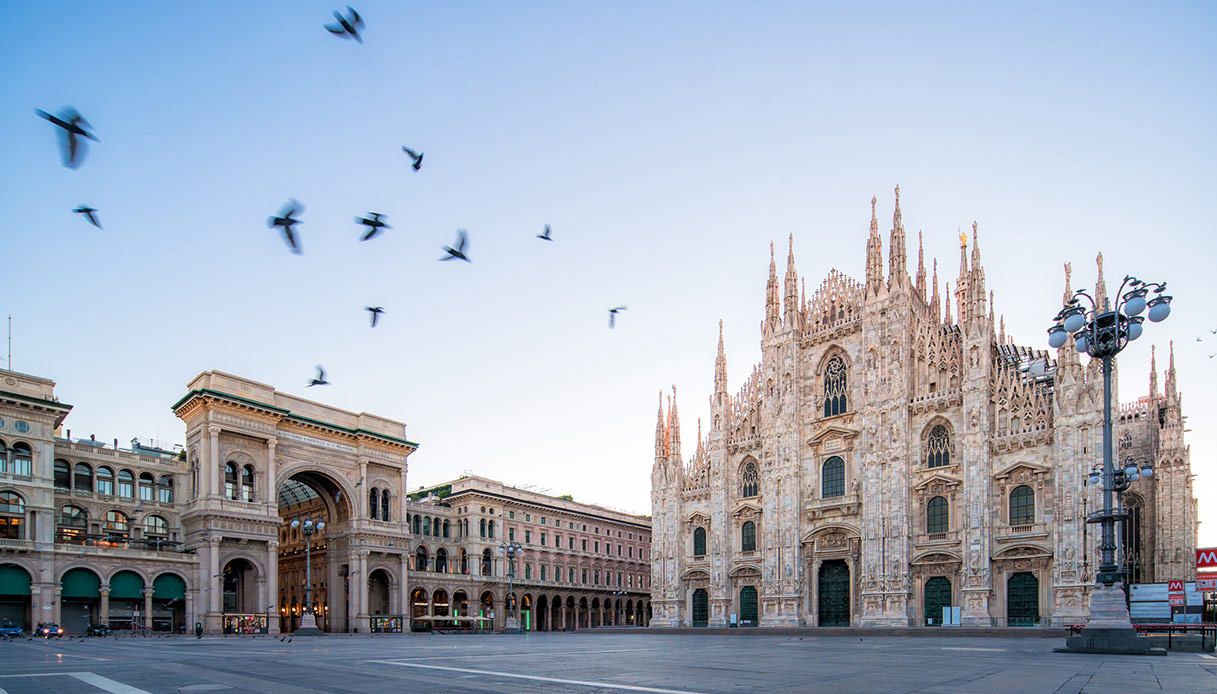 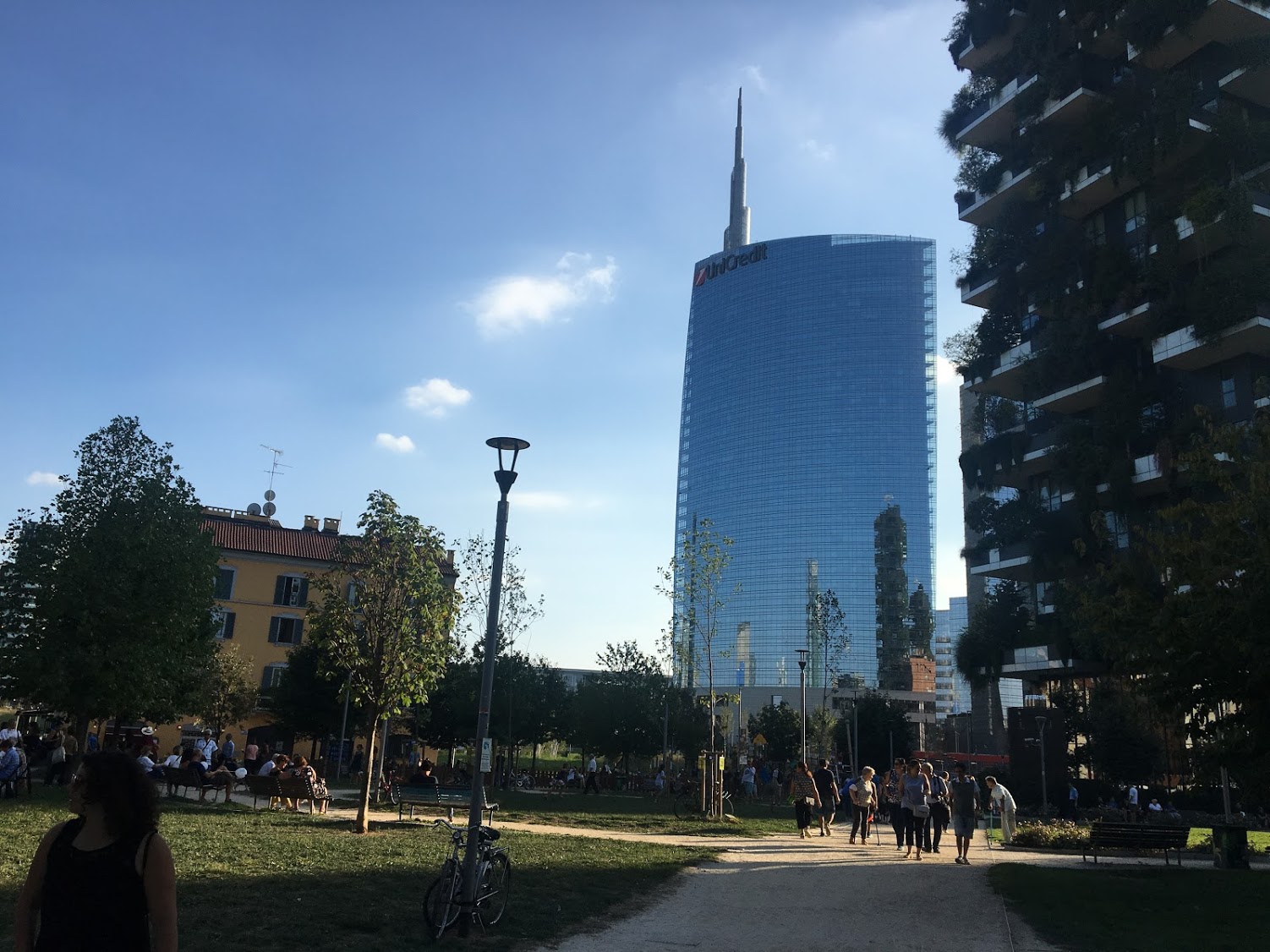 When we met, he told me his name was Tony, it was the summer of 2018 and he came to one of the meetings I organize on Thursday, that time he was at the Peace Arc. He told me he lived in Germany, but soon he would move to Milan to live and work.

For a long time, I have not known anything about him, he is a reserved person despite appearing joking and extroverted. Cesare, known as Tony, is Mexican and arrived in Europe, Germany, because he had fallen in love with a woman. After traveling with her to different parts of the world, their story was over, and he had a great dream left to fulfil: the Italian citizenship.

Why exactly Italian? In our world, in order to move, travel, have access to a better life, there are Series A citizenships that allow you to do some things and Series B citizenships with which you can do much less. The Mexican one in Europe is a second-class citizenship. If you are here looking for work, surely, even if you have passed the interview and they have assigned you the place, the passport number and the issuing country can make everything shatter.

This, however, is not the only reason that pushed Cesare to come to Milan, he could have married a German woman or go further north where perhaps a Mexican passport is worth almost as much as a Swedish and could have more easily found a job. Cesare came to Milan because he is the son of an Italian father. 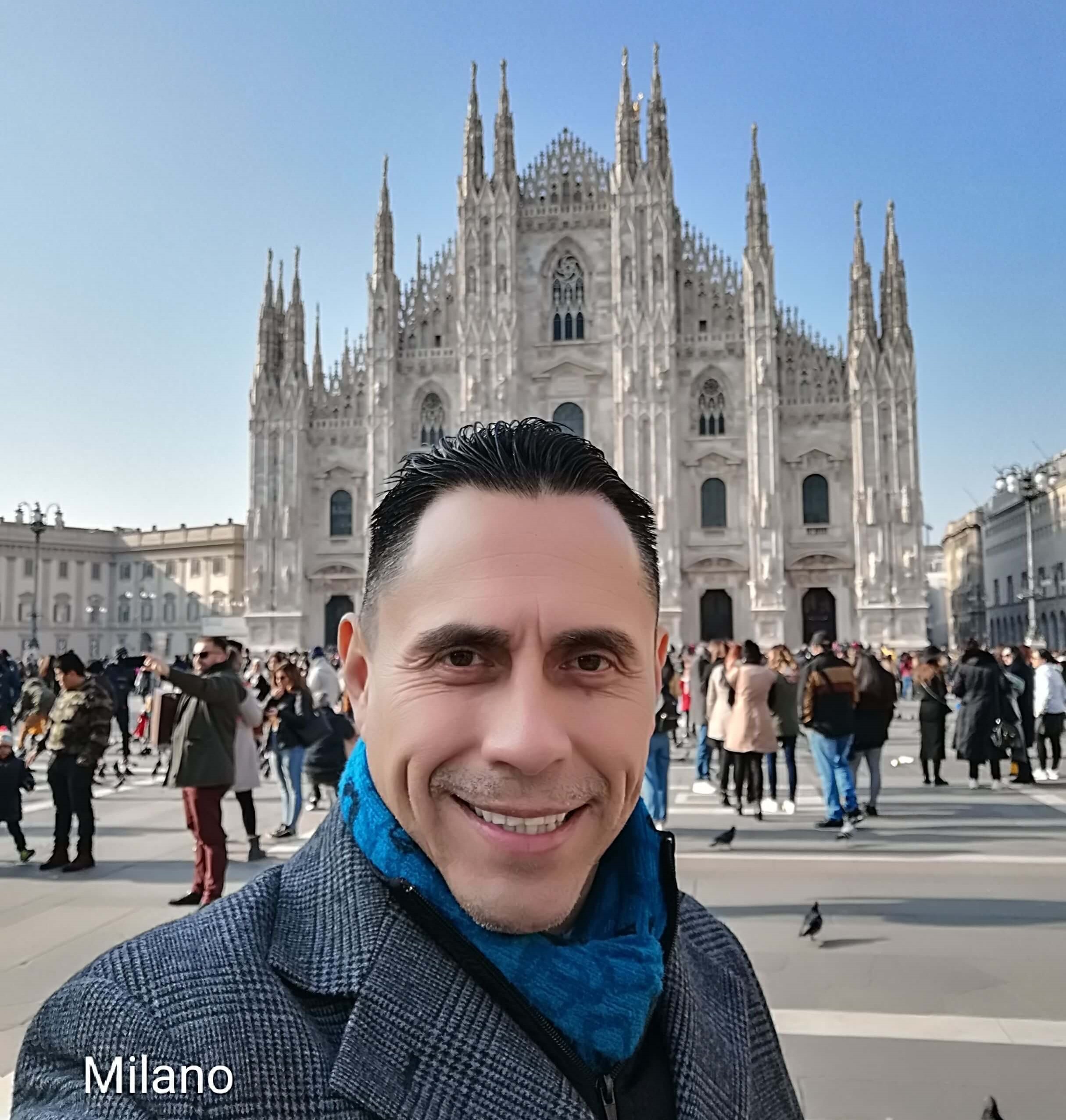 In the 1970s a gentleman, whom we will call Mr. Tonini, went to Mexico and had an affair there with a young Mexican woman of just 18 who she married and that gave birth to Cesare, called by everyone Tony, because nobody in Mexico can pronounce Caesare’s “C” well, so better shorten the surname.

Mr. Tonini recognized Cesare as his rightful son and then asked his wife, whom we will call Corazón, to follow him to Italy, because in Mexico he had not found luck and it would have been better to return to his country with that beautiful passport that allowed him to move easily. Corazón was very young, she did not want to leave her country and with 1 dose of impulse and 2 of stubbornness, which make up the total of a woman closed in her positions, as well as not very smart, she let him leave without asking for anything in return.

Cesare grew up with his grandmother whom we will call Marisol and who was his real mother to him also because Corazón soon remarried and gave birth to another son. The contacts with Mr. Tonini were completely lost and Cesare grew up without a father, until the day he found his profile on Facebook.

After peeking through his photos, he discovered that Mr. Tonini had another family in Italy, a wife and children whose existence he had never suspected. Until then his father was only a cloud of smoke, but now he saw that the one who had given him his surname was still in this world and lived his life in the city of Genoa.

The temptation was huge, and, in the end, Cesare tried to send his father a message.

It must have gone like this, then a real interrogation from Mr. Tonini to Cesare. One thing was certain: he was aware that he had left a son in Mexico. When Cesare told him that he would like to meet to greet him at least once, he replied that he was sick, had lung cancer and was taking chemotherapy, and above all he absolutely did not want his family to know about his Mexican son.

Cesare replied that he did not care that his family knew, asked him if he could do something for him during the illness, if they could meet in private, did not want to mess up anyone’s life … then Mr. Tonini started to mislead him in various ways “we could see each other this day, or some other, this way or this other”, but that day never came and Cesare understood that he should just give up.

Despite this refusal, he continued to write to him occasionally to find out how he was, how the disease was going. His partner in Germany said to him: “ask him if he can help you get your citizenship, try it!” And when he finally exposed himself and did it, he heard another “no” answer. The only useful information he had about his father was his hometown, which he said was Savona. 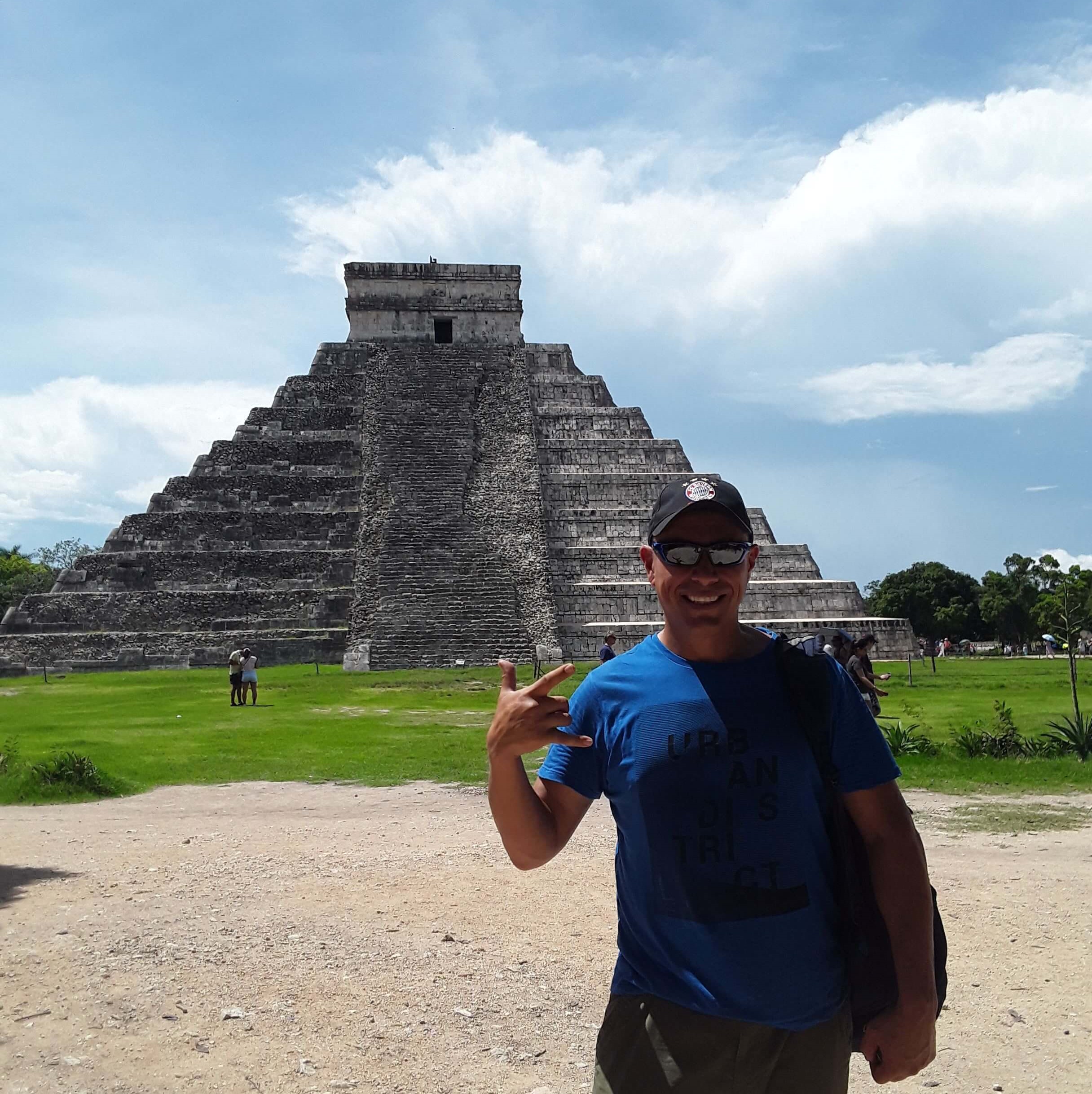 The journey of hope

He took a Flixbus to Milan and from there went to Savona. Once in Savona he went to the registry office of the municipality because to start a citizenship procedure in case you have an Italian parent you must have the birth certificate of the parent himself. Once there, he asked the clerk that one of Mr. Tonini.

The employee did not find anyone with that name among the town’s birth records. She probably read the discomfort in Caesare’s eyes mixed with the disappointment of being teased again, or perhaps she was just an “angel of the bureaucracy”. She did something unexpected: she walked away for a moment and started looking for something on the computer. After a few minutes, she pinned on a piece of paper that gave to Cesare: Sassoferrato.

Mr. Tonini was born in Sassoferrato. That same evening Cesare returned to Milan and the following day he took a train to Ancona, then to Fabriano. He arrived too late, there were no more vehicles, so he slept at the station. The next day he went to the municipality of Sassoferrato and found out that his father was born there, what was his date of birth and that he had long been married to a woman. And what about the wedding in Mexico?

With his father’s birth certificate in his hands, he arrived at the Peace Arc that evening in July when we met. Smiling, ready to joke, full of energy, not a word of Italian but an excellent English and, of course, an excellent Spanish. In Albuquerque, where he lived before moving to Europe, he was the sales manager of a large auto shop.

He told me that evening:

– See you in September, I’m moving to Milan.

And in September we met again and after some time he told me about his Odyssey. That simple sheet was only the beginning of a bureaucratic process which, after the first six months, ended in nothing and had to start over again because his dossier could not be tried due to the lack of some documents.

Cesare managed to mobilize the Director of the Town Hall Registry and the Consul of Mexico in Milan. With determination he carried on doing all sorts of jobs, waiter, bricklayer, painter, porter … and day after day he produced every possible document he was asked for, including lastly his grandmother’s birth certificate in which an “h” was missing and for which he had to pay a trusted Mexican gentleman who from his city went to the municipality of Mexico City to collect the document, then to another office in the other part of the megalopolis to have it authenticated and finally returned to his house before enveloping it and send it to Milan.

Today I saw Cesare again, he brought me the burritos he had cooked to celebrate Christmas tonight at my house. He cannot come because he will have to work in the Mexican restaurant where he has been serving as a waiter for a while and where he is the only true Mexican since the owner is Italian, the chef Egyptian and the assistant Bengali. He wanted to bring me what he had cooked, even if he could not attend the dinner. He told me that he would have liked his citizenship to come as a Christmas present, but he will probably have to wait longer. He wants to write his father the season greetings, but he knows he won’t reply.

When I was little, I had invented an older brother named Giovanni who protected me from anything bad that could happen to me. Today I have the best older brother I could have ever wished for, his name is Cesare and he is Mexican, and I hope, in a few months, also Italian.