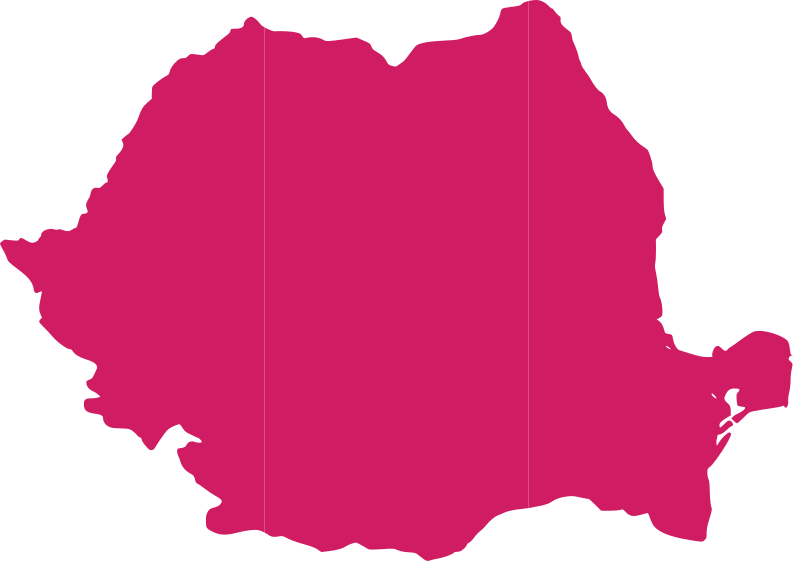 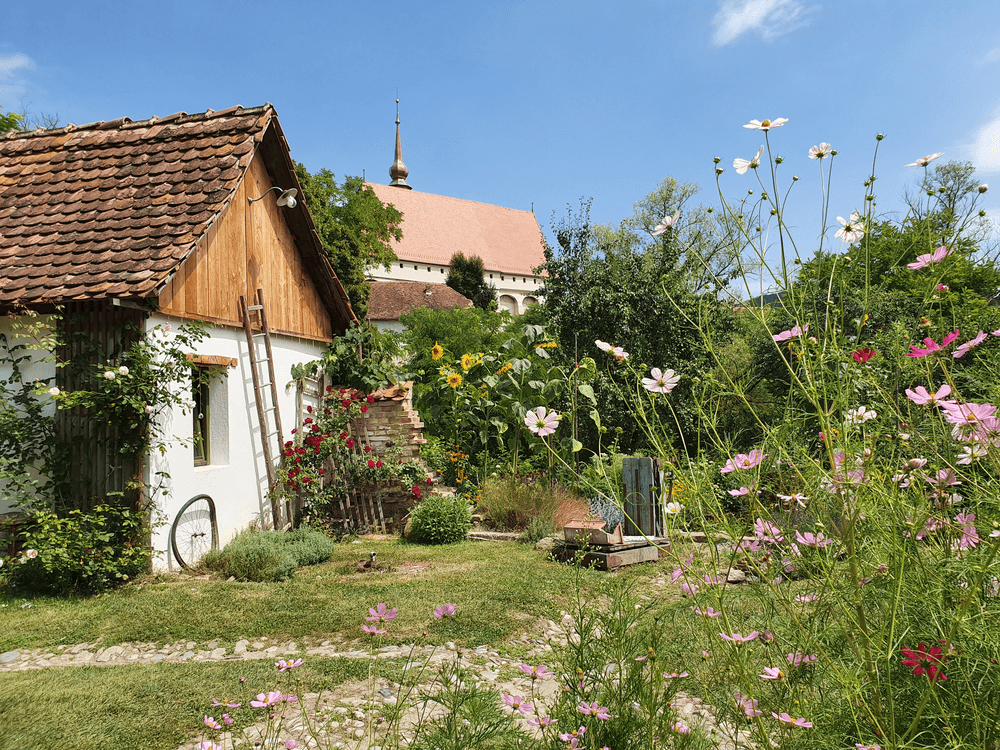 The village of Saschiz – Iulia around Transylvania, Romania

The village of Saschiz, or “the village of the road”, is a UNESCO heritage site and is divided in its very middle by the national road Brașov – Sighișoara. 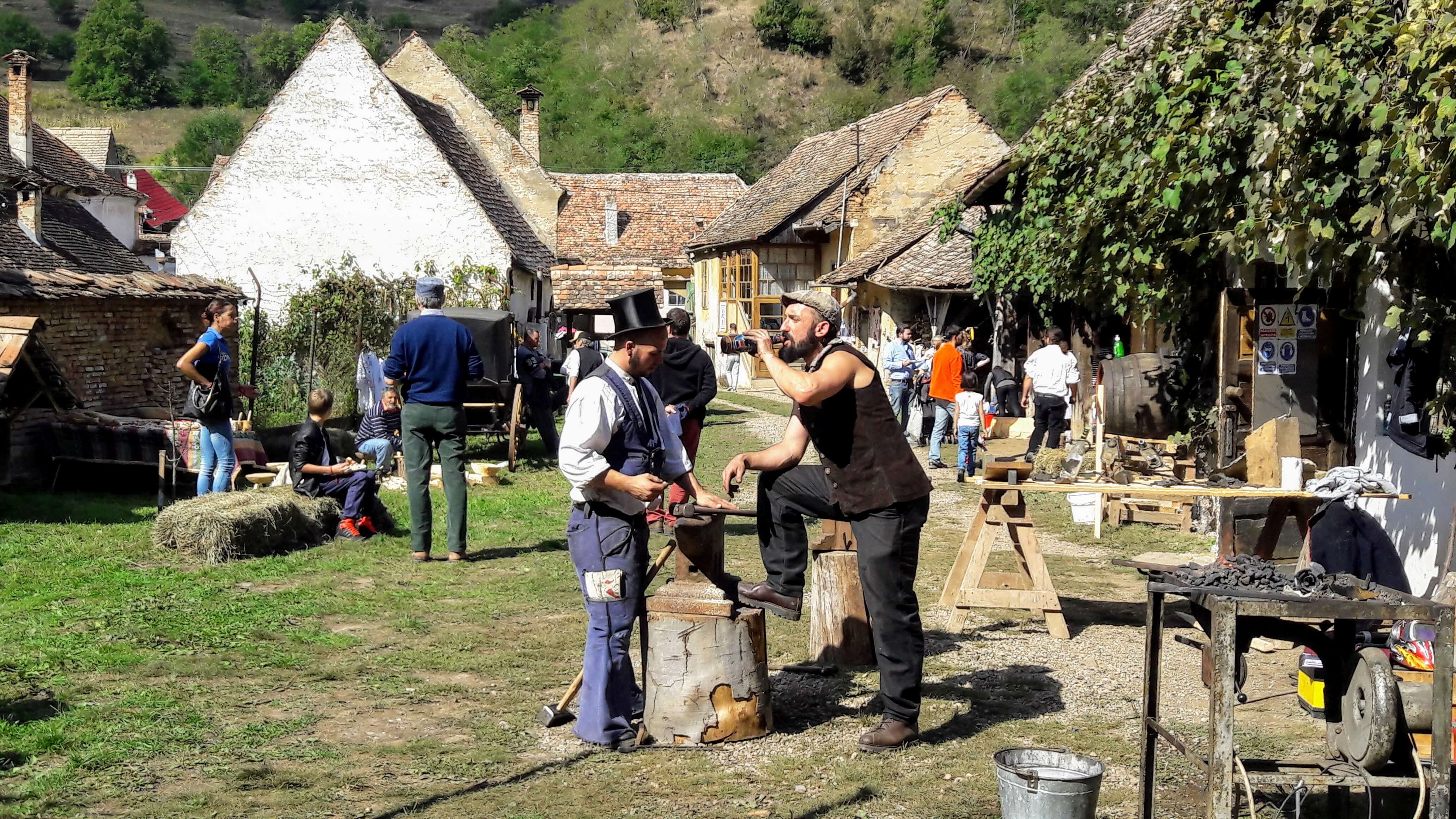 The village of Richis – Iulia around Transylvania, Romania

Richis is the first Saxon village I visited, it is located in the heart of Transylvania in Romania, near the medieval cities of Sighișoara and Mediaș. 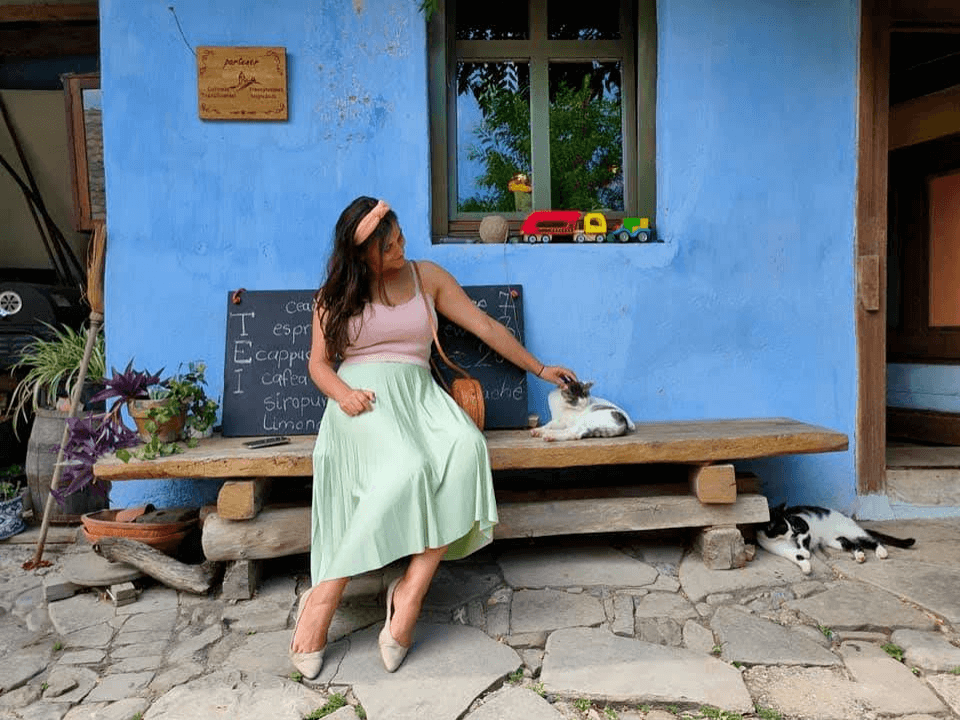 The village of Viscri

Following some of the Wild Carpathia eye-opening documentaries on the beauty and uniqueness of the Transylvanian rural architectural and natural beauties, visiting Viscri, the crowning treasure of Transylvania, was overwhelming. Viscri is one of the few Romanian villages to be included in the UNESCO patrimony, as well as the lucky winner of a top position in a list of the world’s most beautiful villages.

In Viscri, each household is laid out in a traditional way. The houses themselves, with pitched rooftops, are typically aligned along the street. Facing them across the yard is the “summer kitchen”, behind that the vegetable garden and orchard, and, lengthways at the back, the barn. 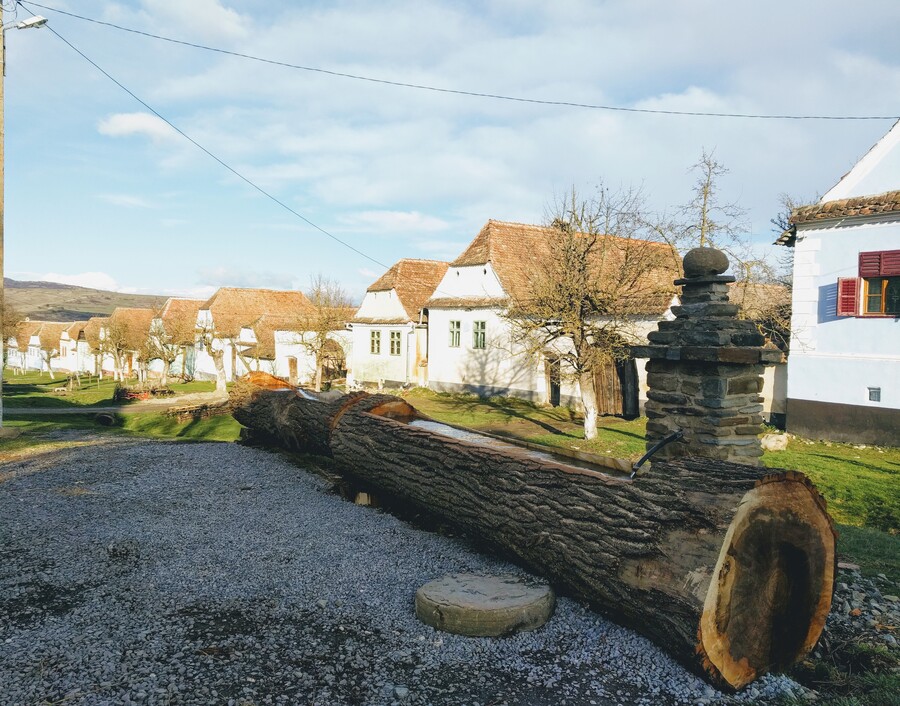 The village of Viscri, formerly known as Giscriu (in Saxon dialect as Weiskirich and in German Weißkirch), translates as the White Saxon Church and shelters one of the most spectacular Saxon fortified churches.

The Viscri Lutheran fortified church was built by the ethnic German Transylvanian Saxon community at a time when the area belonged to the Kingdom of Hungary. Initially Roman Catholic, it became Lutheran following the Reformation. The weißkirch (“white church”) refers to a chapel built by the Székely inhabitants who lived there prior to the Saxons’ arrival between 1141 and 1162. When the Saxons arrived there, at the end of the 12th century, they found a little chapel, which they transformed in time into what it is today.

Inside the church museum you can admire embroidered textiles, pottery, and handmade agricultural tools, as well as traditional clothing and furniture. From the fortifications’ towers one can admire the village scenery, as well as the colourful hand-tiled roofs of the houses and barns. Next to the church a cemetery with gravestones dating back to the Bjielo-Brdo culture is found.

Many might say that the success of the place is attributed to the presence of Prince Charles in the village, but very few know that a handful of locals dedicated to their village and tradition, contributed to the village’s revival. The people who put Viscri on the map and made it into a success story are Caroline Fernolend and her mother Sara, but also those who “invented” the local brands: socks, slippers and sweet jam.

The particularities of the settlement attracted the attention and benevolence of the Mihai Eminescu Trust (MET), a foundation originally sponsored by Prince Charles himself, who renovated the church and some houses in the locality, giving them something back of their original glow, fact that led to its rebirth by tourism and by property acquisitions in the area. 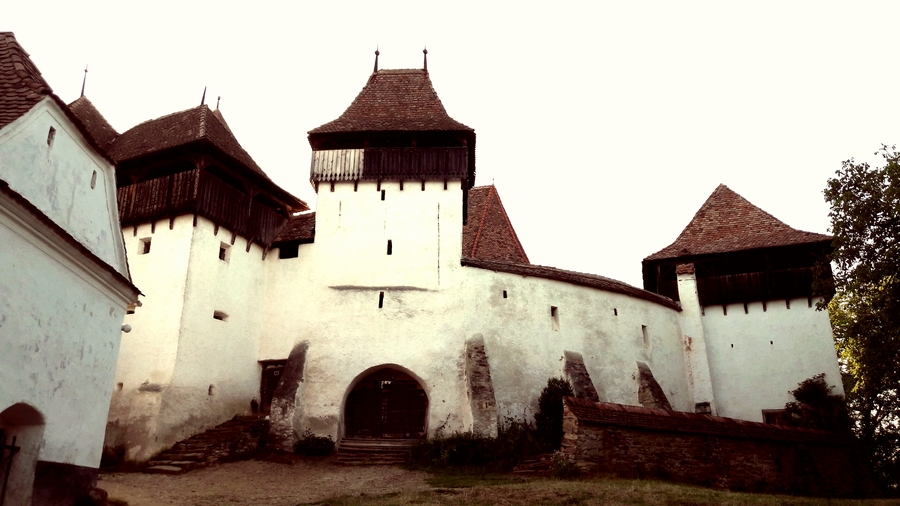 The isolation, but also the absence of other occupations besides agriculture, made the project of Natural Wool Socks to see light in Viscri. Initiated by the two Germans established here in the late 1990s, it all started one day when Aunt Leana went with a pair of crocheted socks to her wealthy neighbors to ask for food in return. The neighbors were Harald Riese, a professor of German music, along with his wife, who settled in the village a few years ago. This was the basis, 10 years ago, of the ingenious business of “Viscri Socks“. As the pile of socks began to grow steadily, with time, the negotiations turned into a real project involving 125 women in the village. Yearly, they knit about 10,000 pairs of socks, gloves, hats, sweaters or felt slippers that reach the central warehouse in Naumburg (Germany) where they are sold all over the country.

This project contributed significantly to the rebirth of the community and the creation of the Artizan shop, right across the fortified church, owned by the Association of Women in Viscri where you may also buy the socks. As part of the community development project, MET has also created a community cafe next to it that serves multiple purposes. In the courtyard, at number 44, in a wooden house, there is the famous “Artizanat café” where one can buy products knitted by women in Viscri or just try the local dishes and cafe or brandy. The locals meet here for a chat or to discuss business.

Although Viscri has a large Roma community – more than 300 people (out of 400) – only three families are socially assisted, meaning seven people. And in the village the gates are never locked. 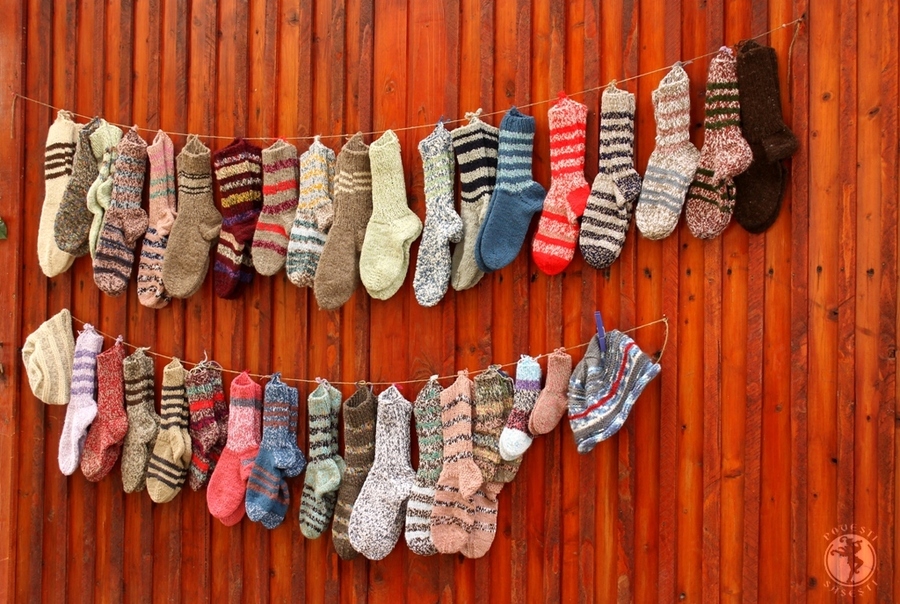 As community development goes hand in hand with economic development, house prices have risen significantly and people, foreigners in particular, are interested in buying properties here. The development of the village has also led to higher house prices. The last house that was sold in the village was worth 36,000 euros. It’s a three-room house, but without a latch. A dwelling that has a shed can also reach 50,000 euros.

Regarding the environment protection, Viscri benefits from a unique Wastewater Treatment Plant. With the support of the MET, Caroline Fernolend succeeded in 2011 to build a unique ecological treatment plant in Viscri. It was a very important investment for Viscri, because not all people had money to make a septic tank, and we all understand the inconveniences during a stronger rainfall. Such a station considerably improves not only the standard of living of the community but also the environment. Because the project was so successful, they are now trying to replicate it in several other nearby villages. 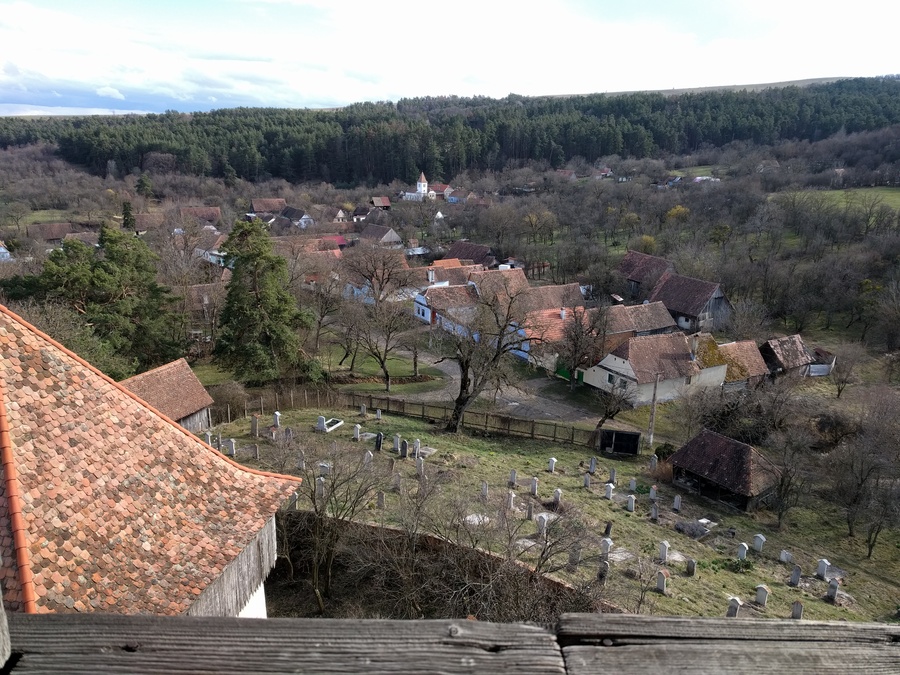 Near the village, a centuries old craft is still practiced: the production of coals by the slow burning of the wood found in the earth. A carriage ride to the village pasture, where traditional coal is produced, is recommended.

Another craftsmanship still practiced in Viscri is blacksmithing. In his shed, the blacksmith of the village, Istvan, makes horseshoes, locks for windows and doors, nails and any other iron product needed in the households. Gabor Istvan learned the craft from his father and he can now mold everything in iron. Because he was out of work, he turned his business towards tourism. Tourists come to visit him, and Istvan shows them the secrets of the job.

The brick and tile oven, located on a hill in the south of the village, was built by the MET to create a source of traditional building materials needed to restore buildings of historical and architectural importance. In 2006, a British expert in restoration, Colin Richards, came to Viscri with his team from England to build the oven. Gheorghita and his family, along with nine other villagers, are in charge of the proper functioning of the furnace, lighting it 3 to 5 times a year, producing about 6,500 bricks and 12,000 tiles per burning. Visitors are always welcome. Therefore, although a poor and not very populated village, some of the crafts still managed to keep the village alive, through the local community. 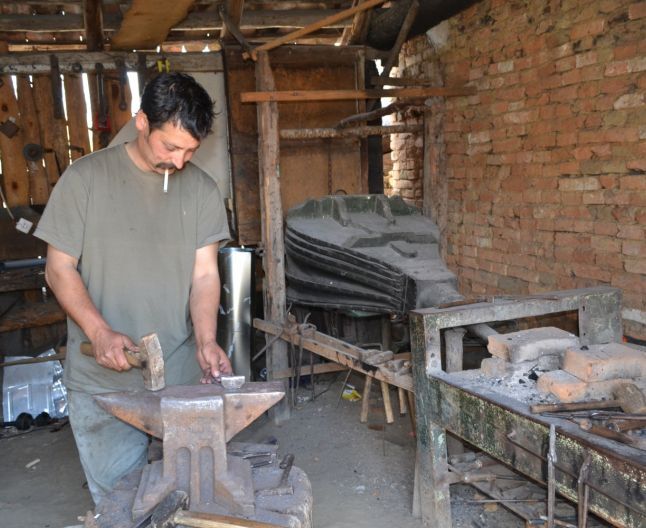 Viscri forest fruit confiture has become famous overseas. Gerda Gherghiceanu from Viscri is the one who makes the famous jams and who made sure that the sweet confiture of Viscri reached Paris. In the autumn of 2012, the locals launched the jam of Viscri, which costs a staggering 365 euro per jar. The big launch took place in Paris where the jam came packed with a sachet and a silver teaspoon. The recipe is secret, but the manufacturers have given some clues – “it’s a jam made of berries and very little sugar”. The confiture selling is part of a charitable project, “Dar din Dar/ Gift from Gift” and the people who buy it donate one euro a day to promote the villages in the Brasov-Mures area.

Other measures that helped with the development of the village were the restoration of the facades of houses and churches, the construction of wooden floors at the entrance to the households, the arrangement of the signs for entering the village, the stones, but also the tourist signs. All this with the help of the Mihai Eminescu Trust Foundation and Caroline’s tireless work.

One more thing that might be worth mentioning regarding Viscri’s popularity are the Adventures of Casanova, “Historia de la mova mort”, a movie  shot in Viscri. The movie tells the story of the last days of Casanova’s life. The distribution of the film consisted of Viscri villagers, keeping the original dialogue in Romanian for a touch of mystery. The film won the Golden Leopard at the 66th Locarno Film Festival and was also selected at the Toronto International Film Festival.

Viscri benefits from a large array of operative bed and breakfasts and local houses, thanks to the involvement of the MET campaign and the village’s revival, despite its positioning and size. The ones below belong to the MET and the money paid for the accommodation will support their future conservation work. 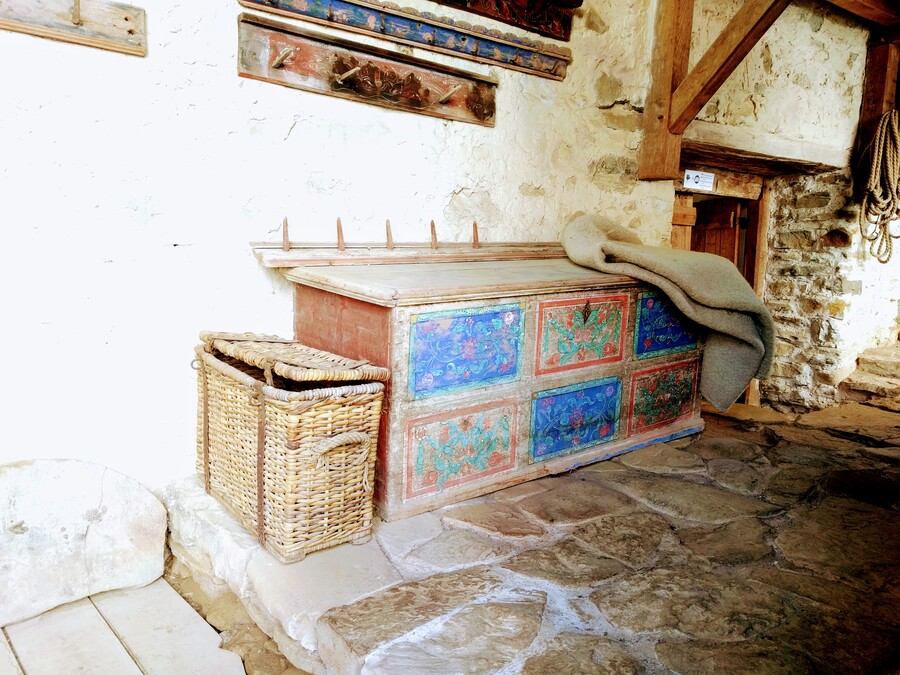 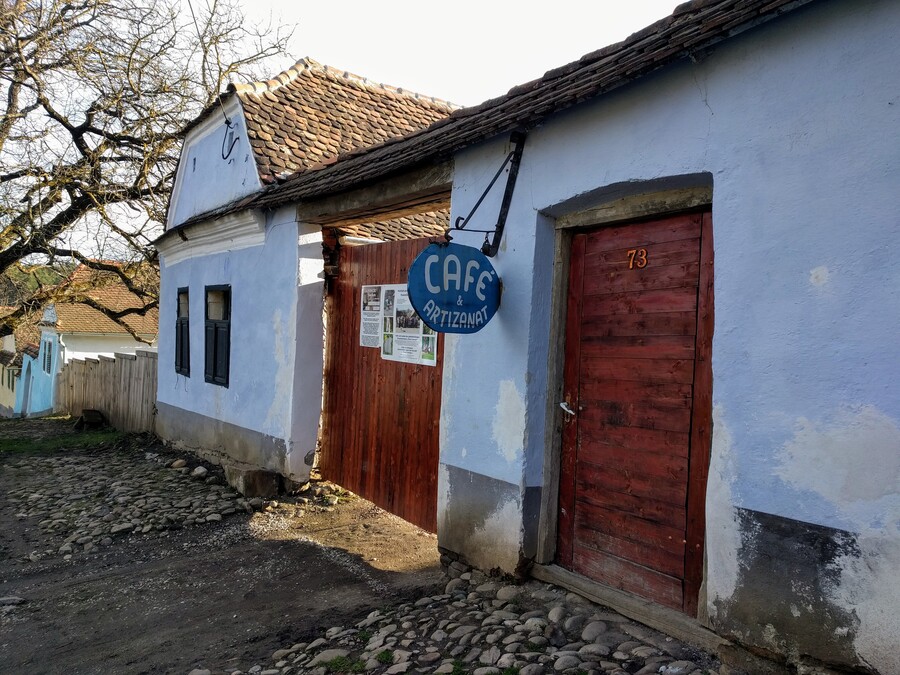